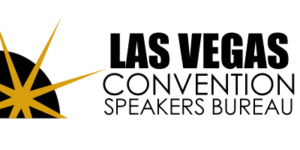 In 2006, Robin had founded the Las Vegas Convention Speakers Bureau. Now, as President of a speakers bureau, she had access to some of the most well-known, sought after experts and speakers in the industry. During 2007 – 2009, she had taken advantage of her connections to publish a series of three anthologies, The Power of the Platform. The relationships she’d built with experts from around the world paid off as she anchored the books with Jack Canfield, Brian Tracy, and Les Brown. Other, lesser-known though interesting and compelling speakers were able to get published in a book along with more famous speakers. It is a formula that worked tremendously well. She sold more than 35,000 copies of The Power of the Platform, and the books continue to sell. Robin knew she could use a similar formula to write and produce a film that would bring experts together with internationally recognized thought leaders and stars. Plus, she would make the movies FUN to watch! Her first film, The Keeper of the Keys, stars Jack Canfield, John Gray, and Marci Shimoff along with a cast of experts from across the US and as far away as England. The film won a Best Independent Film award at the Las Vegas International Film Festival and The INDIE Fest Award for Best Documentary.